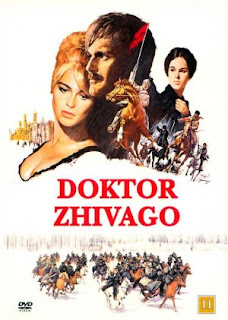 Officer Yevgraf talks with Tonya, a young worker who doesn't know her parents. But he does: they were Lara and Dr. Yuri Zhivago, his half brother. Yevgraf tells their life story: Zhivago was an orphan and grew up in the family of his father's friend, thus engaging out of the gratitude to his daughter Tonya in Moscow. But then he met the young Lara who shot and wounded the rich Viktor Komarovsky, the bully who raped her. In 1917' the October revolution started and Lara married Antipov who left her for his political ambitions. On the Russian battlefront, Zhivago and Lara meet again, but he already has a son, Sasha. Due to the fact that the new repressive Bolshevik-Communist government finds his poetry unsuitable, Zhivago, his child, wife and her father leave with a train for a city in the Ural region. He meets Lara again and this time they start a relationship. One day he gets forcefully drafted by the Partisans, but manages to return back to Lara, only to find out his family has left to live in exile. Since the government is after Antipov, Zhivago persuades Lara to find safety and flee with Viktor. Decades later, when Zhivago spots her on the street, he dies from sadness.

Excellent film that was loved by everyone, David Lean's epic „Dr. Zhivago“ is an interesting example of a quality made book adaptation thanks to emotions and a nice visual style that crafts the proper structure. The drama set in the backdrop of the October revolution is magnificent and indestructible even though it avoids over-the-top drama or dangerous action sequences on the battlefield since it is introverted and shows two people in love, in quiet suffering since they are both already in marriage with someone else. The landscapes are wonderful and a few shots of them cowered entirely by white snow create a stylish monochromatic, clean exterior that reminds of white sand dunes from Lean's earlier „Lawrence of Arabia“. Even though the movies were still tame back in those days, some scenes are quite daring, like the one where Victor forcefully throws Lara on bed and starts kissing her–she fights him at first, but then she somehow starts enjoying it and embraces him. In the next scene, Victor leaves and tells her: „Don't call this a rape. That would flatter us both“. The movie also elaborately captures the mood of the unsatisfied Russian citizens who were disgusted by the Tsar and his government: on the battlefront, where one high ranking officer goes to motivate the angry soldiers to fight some more, he gives an elevated propaganda speech before he is interrupted when he accidentally slips into the barrel he was standing on. One soldier just shoots him on the spot and the officer sinks into the barrel while his red blood mixes itself with water.

But Lean and his screenwriter Robert Bolt don't hesitate to show the other, grim side of the Communist government: when Zhivago, who was quite wealthy as a doctor, returns from the front back to his home, a rather big mansion, the Red representatives inform him that his huge home must take 13 more families that should live there and later on his property is divided between numerous poor people. The finale where the closing credits are „flowing“ simultaneously with the direction of the waterfalls is also impressive and sums up everything down to a T. Some critics lamented about a few kitschy moments, the unusual transformation of the British into the Russian culture, some mechanical event that don't seem realistic or emotional, some stiff acting typical for the 60s, slightly overlong 190 minutes of running time and the unusual choice of Omar Sharif to play the title role, even though looking at it today the cast seems impeccable. The movie won several awards, it sold over 124,000,000 tickets at the American box office, making it the 8th highest grossing movie of the 20th century, while actor Ralph Richardson and actress Julie Christie were especially singled out for praise by the film critics.