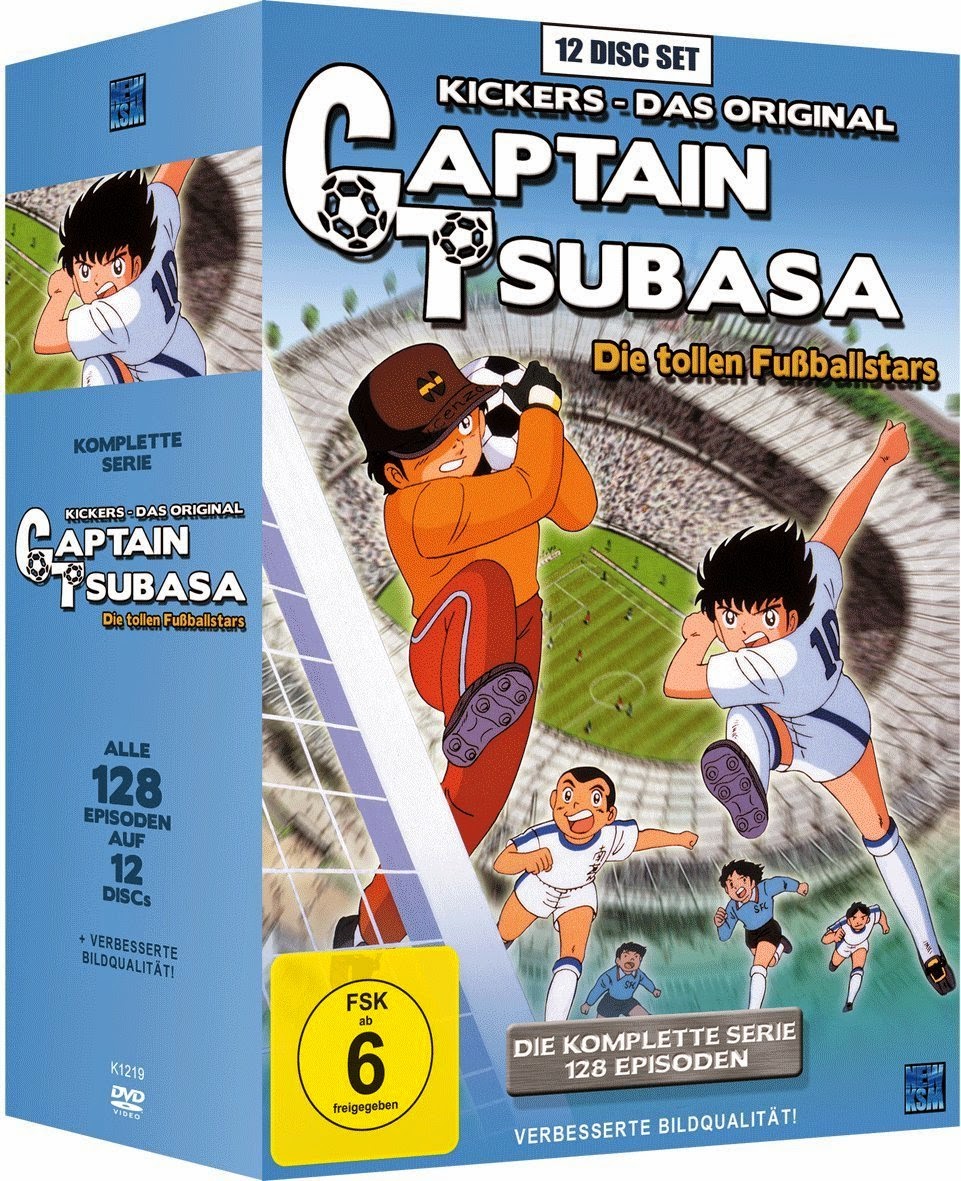 Tsubasa Ozora is an 11-year old who has a genuine talent for playing Association football. He enters a football junior team, Nankatsu, and quickly jumps through the ranks thanks to his virtuoso techniques. He also finds a lot of friends there, among them Wakabayashi and Ishizaki. He learns a lot thanks to trainer Roberto, who flew back to Brazil to wait for him until he matures. Years pass by and Nankatsu finds itself playing a neck-on-neck championship match against Toho and its captain Hyuga, who wants to prevent Tsubasa from winning a third time over their team. They share the win due to a tie, and the best players are chosen to play in the international league.

Many questioned if a 128 episode series could carry such a 'vague' theme as Association football, but they obviously did not reckon with the way Japanese authors approach anime and give them epic proportions, which were applied even in "Captain Tsubasa": football fields seem miles long; seconds last for minutes; players put such an energy into their work that a flying football can rip through the net of a goal and even make a crack when it hits the wall; scoring a goal is a matter of life and death while a loss of a match leaves as much of heavy casualties as the shelling of Grozny. Anime authors insert so much pathos in a given story that they could probably even make a story about stamp collecting intriguing. The secret lies in the fact that they tell the always noble theme about how ordinary protagonists can achieve extraordinary deeds thanks to their superhuman efforts and devotion to something. "Tsubasa" is formulaic and standard in its dramatic moments, and the always same variation of a football match can only go so far after 128 episodes, but when a football match is on, this is where this anime shines and goes into heights. Also, the main hero, Tsubasa Ozora, is a simply wonderful character who matures and grows - from 11 years in the beginning to 15 years in the finale - and mirrors something pure due to his love for something - football.

The fascinating thing is that "Tsbuasa" manages to engage even viewers indifferent to football and sports in general: the dynamic presentation is achieved thanks to a fast pace, slow motion scenes that give weight to events and gripping words of the sports commentator. When one player brags by shooting a goal despite three (!) goalkeepers, you just have to root for someone to crush his arrogance. Despite its simplistic presentation at times, the final match between Tsubasa's Nankatsu team and Hyuga's Toho - starting from episode 105 - reaches almost masterworkish dimensions in a single game that spans a total of 20 episodes (!): it is a football thriller, a sports "Iliad and Odyssey", an experience so exciting, so epic, so monumental and so unpredictable that you cannot believe it. It is a finale out of this world. The secret is that is not just a simple game, but a clash of dreams (Tsubasa's dream is to win for a third time to achieve his dream of going to Brazil, whereas Hyuga and goalkeeper Wakashimazu vowed to quit football if they don't win this championship), which makes it so heartbreaking. Among the most astonishing moments there is the one where Tsubasa shoots the football heading towards the goal, but Hyuga just jumps and shoots it heading back (!); three Nankatsu players line up to stop Hyuga's flying football; the flashback of Hyuga's training at the beach, where he practised by shooting footballs at waves (!); a flying football catapulting goalkeeper Wakashimazu, but Hyuga jumping to stop him from falling into the goal; the moment where a Toho player lies on the ground and puts his feet up, thus enabling Hyuga to jump on top of them and jump over Nankatsu's defence, and then intercept a flying football to attempt a shoot at their goal. This is a finale that really blows your mind, almost seven hours of pure suspense that leave you with a realization that even the most dramatic moments can be chanelled in mundane events.

Never did get around to watching this, but I see how big it was in many countries (whereas soccer really doesn't have much of a chance stateside).

It was popular in those countries where Association football is popular (Europe, South America). If you ever have enough time (and interest), you can skip the story and just watch the final game that lasts from episode 105 to 125. It is the highlight of the show, an unbelievable event, and this is coming from someone who is totally uninterested in Association football.

Certain animes - One Piece, Sailor Moon, Legend of the Galactic Heroes and this one - have a fascinating sense for epic finales, where you root for the characters who go through great pains and lengths to achieve something. This gives the story pathos. And yes, this final football match is so epic it looks as if it was directed by Sergio Leone.

Yes I remember those other shows as well. They tend to take a while before you can finally get to the important stuff.