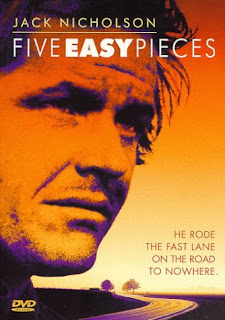 Robert Dupea is a talented piano player, but nontheless works a hard manual job as a oil rigger. He has a relationship with the blond Rayette, but can't stand her that well either. While at bowling, they meet up with friends Elton and Stoney. When Elton starts convincing him he should become a father, Robert gets annoyed by him too. Upon hearing from his sister Partita that his father is on his death bed, he starts a ride with Rayette to visit him, even though he still hates him. When Robert reaches his old home and reunites with his family, he starts an affair with Catherine, but she dumps him. He leaves without saying goodbye and leaves with a stranger in a truck towards an unknown destination.

In one memorable sequence from the film, the main hero Robert and his colleague Elton are stuck in a long traffic jam. Robert is bored from waiting, so he gets out of the car and climbs up a truck carrying a piano. He sits and starts playing it, creating harmony with music in a chaotic scene full of loud car horns. It's a great moment, not only because it shows how poetry can be created out of small interventions of unusual touches, but also because of the following event: the truck starts driving and rides away in a different direction than Robert was intending, and yet he doesn't care. That little event alone stands as the defining moment of the film, because it wraps up the theme in a nutshell: Robert is an outsider nobody can understand, not even he himself. He is annoyed by everyone and everything in his life: he is with Rayette but can't stand her; he is friends with Elton but is increasingly annoyed by him; he estranged himself from his family years ago and works a hard physical labour even though he is a talented piano prodigy. He is lost as to what he himself wants in life. When the truck drives away with him in different direction, he really doesn't care anyway because he would have loved it if he would just get away from everything and start something new to finally find somewhere where he belongs.

It's a touching, raw and nervous story about an alienated man in search for a place in this world. Catherine, his "one night stand", says something to him that speaks volumes: "If a person has no love for himself, no respect for himself, no love of his friends, family, work, something - how can he ask for love in return? I mean, why should he ask for it?". "Five Easy Pieces" are a flawed film: its structure is deliberately without a head or a tale, shaky, chopped up and chaotic, pending between a road movie and an art-family drama, whereas the title pretty much doesn't have that much to do with the film at all: maybe it refers to 5 classical piano pieces played during the course of the film or maybe it just refers to 5 pieces of Robert's sandwich. But maybe just because of such disjointed and wild nature of the film, both in expression and meaning, does it seem interesting even today, mirroring the nature of the cinema of the '70s. Karen Black won a Golden Globe as best supporting actress, while Jack Nicholson's role is really excellent. So, why was Nicholson's performance rewarded with an Oscar nod, while, lets say, equally excellent Kinski's performance in "Aguirre", Murray's in "Groundhog Day" or 'Bata' Stojković's in "Balkan Spy" were not? Maybe just because the Oscars are selectively acknowledging unusual talent.