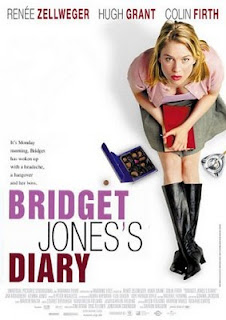 The slightly overweight Bridget Jones (32) meets lawyer Mark on the New Year's Eve party of her mother, but writes him off as "mommy's boy". Bridget works in a small agency where she quickly gets the attention of her boss Daniel who lands in bed with her. He doesn't really love her for real, and things get worse when Bridget finds a naked women in his apartment. She breaks up with him, quits her job and finds work as a quirky TV news reporter. She again meets Mark who enables her breakthrough interview with his client, a Kurdish human rights promoter. Mark even has a fight with Daniel and gets Bridget's heart when she discovers that Daniel slept with his fiancee.

Renee Zellweger, nominated for a BAFTA, a Golden Globe and an Oscar, delivered arguably the best performance of her career as the sympathetic, slightly overweight clumsy blond in the bitter-sweet comedy "Bridget Jones's Diary", that rightfully secured her place as a major movie star. Essentially, the story is actually a simple ode to unpopular outsiders with a few grotesque moments (i.e. after another failed relationship, Bridget is watching a lion mating with a lioness on TV) and not especially inventive style. But it's a shrill fun throughout. Filled with numerous wonderful jokes - every time a colleague looks on her cleavage, a threatening music starts playing in her head; while lying in bed with Hugh Grant (who is actually good as a bad guy), she energetically answers the phone: "Bridget Jones, wanton sex goddess, with a very bad man between her thighs... Mum... Hi."; after the start of her relationship, huge letters are displayed all over the town, stating how she lost weight and started drinking less - "Bridget Jones" is an excellent comedy on female tenacity, annoying comments by narrow-minded people who measure everyone who is not perfect and the exciting search for true love.