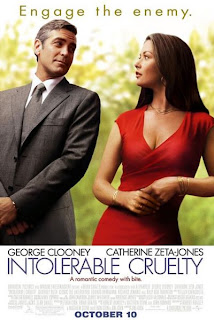 Los Angeles. Miles Massey is a top-notch divorce lawyer who almost never lost a case. His newest case is to save the millionaire Rex who was caught on tape cheating his wife Marylin, who wants to divorce him and get at least half of his fortune. Still, using clever tricks, Miles is able to win, leaving Marylin without a penny. Yet, he falls in love with her and is saddened when she marries a new victim, a rich oil tycoon. She divorces him and Miles, consumed by his loneliness, persuades her to get married. Yet she tricks him and files for divorce, hoping to get all his money. Miles and his friend hire an assassin to eliminate her, yet stop him when it is found out that Rex died and left her all her millions anyway. Thus, Miles and Marylin marry for real.

The Coen brothers proved their talent on numerous occasions, yet they never managed to craft a great comedy. They simply don't have that required comic timing and always reach for cheap humor and primitive means that cause a sharp gap between their high concept and elevated style. "Intolerable Cruelty" is no exception, actually it's one of their 2-3 weakest films, a surprisingly normal mainstream comedy that has almost no Coen trademarks, making even some fans wonder if the Coens directed it at all. Already from the opening scenes where Geoffrey Rush's character catches his wife cheating on him with another man, takes a pistol while wacky music starts to play in the background, is it obvious that the film will fall into chaos too often. Still, George Clooney is great as the sleazy, yet lonely lawyer Miles who uses clever tactics to win every divorce case at court - in one especially memorable scene, he questions the seemingly tame, middle aged woman who wants to divorce her husband, about one of her letters to a friend called David: "Why did you write him - dear David and Goliath?" - and many other actors all do their best at some better written scenes. Indescribably unfunny, "Intolerable Cruelty" is a too tame comedy, yet the sole fact that the cold Coens, who practically never showed any emotions in their stories, bravely made a romantic film is charming, even though it was obvious they felt like aliens in that subject.