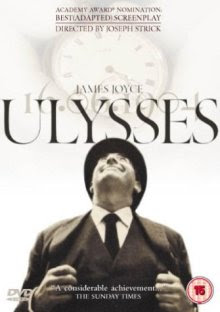 Dublin Bay, 16 June, 1904. Young poet Stephen is climbing on top of a castle where he is awaited by Mulligan, a medical student, who scorns him because he didn't pray on his mother's deathbed. At the same time, in his close neighborhood there lives the Jewish gentleman Leopold Bloom whose son died as a baby. Leopold often meets racist people in the bar, but more often enjoys going to brothels, fantasizing about a political career. He meets Stephen and they become friends. Leopold's wife dreams about other men.

James Joyce's novel "Ulysses" was in '99 pronounced as the best novel written in English by the Modern Library. Due to Joyce's free narration, anamorphic structure and stream-of-consciousness method of the characters, the novel was considered impossible to adapt. But Joseph Strick's film with the same title is precisely that - impossible. Even though the story was trimmed down, as a film it works wonders due to brave surreal methods used to transform words into images: the main character is the Jewish gentleman Leopold Bloom who has a wild imagination that gives the film surprising strength. For instance, while traveling in a carriage, he thinks how his life would have been if his son hadn't died as a baby, but lived with him. Those are not his only fantasies: in a brothel, he is arrested by the police and brought in front of a judge with horns; in a circus he is ridden by a woman with moustache; he becomes king and founder of Israel's imaginary town Bloomusalem. Strick directs the whole film as a realistic fantasy, radical but also sometimes gentle, thanks to such dialogues like: "Hate is humiliating for humans. One knows that life is the opposite of it". He managed to craft a small masterpiece that was censored due to the early use of F-word in cinema, but thanks to coherent direction it enjoys cult status. One should especially mention the ontological, unbelivable, 20 minute long final sequence that follows the thoughts of Bloom's wife at night, among them the one where she looks at the statues of naked men, contemplates about how they never wash their penises and has intercourse. The screenplay was nominated for an Oscar, actress Barbara Jefford for a BAFTA, the movie for the Golden Palm in Cannes and for a Golden Globe as best foreign language film.