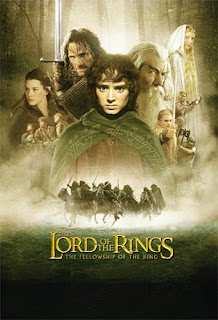 A long time ago in the Middle-earth, during a big battle, the evil Sauron was killed by Isildur but his magical ring was not destroyed. After a long time the ring came to possession of Gollum who became egoistical, and later on to hobbit Bilbo. But the wizard Gandalf convinces Bilbo, on his 111th birthday, that the ring is evil and that he should leave it to his nephew Frodo. The evil ghost of Sauron is once again awakened while Frodo and his friends Sam, Merry and Pippin leave the village in order to destroy the ring at Mordor, while they are persecuted by Sauron's henchmen. They are joined by Gandalf, who discovered his friend Saruman joined Sauron. In a cave they are attacked and a fiery demon kills Gandalf. Frodo and Sam continue their journey alone.
It's time to dismiss some mystification and set the record straight.

"The Lord of the Rings: The Fellowship of the Ring" film isn't that great as everyone says it is. Indeed, it's a powerful and good achievement, probably the best Peter Jackson could have made out of the book by J. R. R. Tolkien, and visually it looks great, but it seems it looks better than it actually is: the story has dated pretty badly, offering thin character developments, too many subplots, grey mood, mechanical realisation and stiff B dialogues. On the other hand, "TFotR" is suspenseful and ambitious, transforming into a 3-hour epic fantasy film (how many 3-hour films with special effects have there been before it?) where Tolkien's basic idea is pretty intriguing: the evil ring is actually a symbol for egoism, greed that sucks all his owners and makes them feel hate, obviously creating parallels with Sauron's invasion and the creation of Fascism and Imperialism.

The first 50 minutes of the film are excellent - especially good are the scenes of fireworks during the hobbit celebration whose sparks fly in circles are then return back (in one of the rare humorous scenes a rocket flies off inside the tent, taking it with it), the image of a ship created from the smoke of Gandalf's pipe, the bravura camera opening shot of the battle that seemingly "lowers" itself from he hill up to the lowland, as well as the nice architectural design of Hobbit's houses half berried under the ground. And the score by Enya is magic. But the rest of 130 minutes don't have that spark and are heavily overstretched. The biggest disappointment is that Frodo is actually poorly developed - he looks more like a puppet than a real, interesting character - while all the supporting character lead the story for him. It seems even Boromir is better developed than Frodo. Also, the battle scenes are hectically executed - the final battle with the Orcs seems as if it came from "Xena". Emotionally cold, but also truly poetic at times, competent and cleverly directed, "TFotR" is a good film that looks better than it actually is.