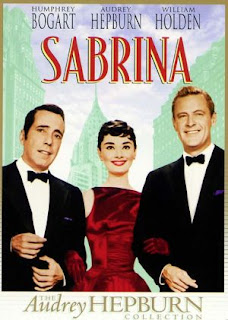 Sabrina is the daughter of a poor chauffeur who works for the rich family Larrabee. She is in love with the wealthy David, but since he ignores her she decides to commit suicide with the gas from the car. Still, she is saved by Linus, David's brother, so she leaves to study cooking in Paris. 2 years later she returns a different person and David falls in love with her, which angers Linus who already organized a wedding for him with the rich Elizabeth, the daughter of the partner company. When David injures his rear end, Linus takes Sabrina on a date in order to talk her out of him, but in the end he still decides not to meddle with the two. In the end, David stays with Elizabeth, while Linus leaves with Sabrina for Paris.

Billy Wilder obviously wanted to make a real romance so he wrote the screenplay for "Sabrina", the new version of Cinderella, in a light way, with only half of effort, which can be sensed in a few overstretched and embarrassingly kitschy scenes, while Humphrey Bogart isn't especially inspiring as a comedian. The exposition shows the main heroine, Sabrina, played charmingly by Audrey Hepburn, as an introverted outsider girl: she is deeply in love with David (Holden), but he isn't particularly interested, even adding when he spots her near a tree: "Oh, it's just you. I thought it was someone" and simply leaves, while she ironically says to herself: "Yes, it's only nobody". Wilder impressively differentiates the emotions between the three main characters and shows his talent in many instances, yet the movie in general still leaves a rather unbalanced impression. For instance, David accidentally sits on a bunch of glass cups and injures his butt so his brother Linus invents a deck chair with an opening for his "sensitive" rear end. Still, even though it's not a real classic, it's still a better film than Pollack's remake with the same title from '96, while the screenplay even won a Golden Globe.