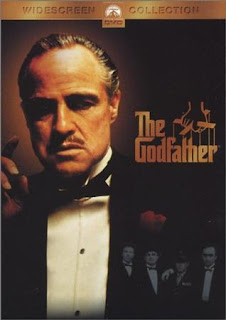 New York, 1940s. An undertaker asks Don Vito Corleone, one of the most influential mafia bosses in the country, to punish the men who raped his daughter. Don Vito accepts and then continues to attend the great wedding of his daughter Connie. Among the guests are also his sons Sonny, Fredo, adopted lawyer Tom and Michael, a soldier who has just returned from the war. Michael isn't too keen on his family's business and openly admits to his girlfriend Kay that he doesn't want to be a criminal. When Don Vito refuses to invest million $ into Sollozzo's drug business, he is shot on the street. He survives and ends in hospital. That enrages Michael and for the first time in his life he uses a gun and shoots Sollozzo and his corrupted police chief, running away to hide in Sicily. There he marries. The violent Sonny dies in an assassin attempt, and when Michael returns Don Vito names him his successor. When Don Vito dies Michael kills all his opponents and becomes just like his father.

Not only number 1 on the site IMDb.com, "The Godfather" is generally considered by many to be the best film of all time. That is a little bit overstretched since not every person has the same taste, but it shows that a very high number of people agree that it is a great film - and if not the best, then at least among the best. This dark epic about the mafia as the symbol for family that cares for its members won numerous awards, and for a reason because everything in that film was done in an excellent way. Brando's Don Vito Corleone is being portrayed already in the opening shots; he accepts to help an undertaker and adds; "One day - and that day may or may not come - you will have to repay the favor". He knows that he is famous and influential so he is only taking pictures together with his son Michael (Al Pacino), and when a producer who didn't want to consider an offer, Vito arranges that the latter wakes up in the bed with a head of a dead horse. But although a criminal as a mafia boss, Don Vito also possesses a moral and honorable side, since he refuses to have any business with heroin smugglers, no matter how profitable it is. Although Michael was disgusted by the mob business, he will inevitably become just like his father with time, which was brilliantly shown in a metamorphosis by destiny, concluding his character arc. Coppola has a weak visual style a some characters are irritating, but he knows how to transform a simple crime film into a story about maturing and growing up of a son, Michael, and how he joined his family. If there was a formula how to make a great film, everyone could have been able to make one like "The Godfather". But there isn't any. Actually, even the same crew that made "The Godfather" wasn't able to repeat its formula in the sequel "The Godfather III", which was not nearly as good as the original in the series. That's why "The Godfather" is a quiet masterpiece that was made just the right way completely spontaneously.

Great review of a classic!

Would you ever consider reviewing the TV show, "Breaking Bad"?

Yes, I would, I review TV shows regularly (mostly anime, though). People often tell me I should check out "Breaking Bad" because it's "great", but I didn't have enough time to do so. Yet. I hope I will see it one day.