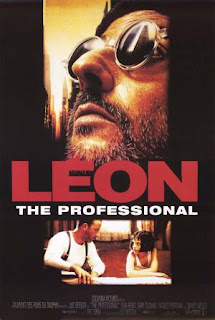 New York. Leon is a professional assassin who conducts murders for mobster Tony. Although he is well paid, Leon doesn't know how to read and lives a very lonely life. In a neighboring apartment there lives the 12-year old girl Mathilda whose family gets killed by the corrupt cop Stansfield because her father was hiding drugs. Leon hides Mathilda in his apartment and thus saves her life. She falls in love with him and brings happiness into his life. When he starts a battle against Stansfield's gang, he gets killed, but also manages to kill him. Mathilda plants his plant to the ground.

"I'm an adult, but I still need to grow up", says Mathilda in one scene. "And I'm grown up, but I still need to become an adult", replies Leon to her. That dialog neatly sums up the unusual relationship of two unequal protagonists who complete each other like Yin and Yang in this unusual, bitter-sweet crime story that seems to come as a fruit of some more humane derivation of Luc Besson's own "Nikita". "Leon" is one of only three excellent films of Luc Besson's short on-off directorial career in which he peaked into the heart of a lonely man who will start appreciating life thanks to the influence of one little girl (brilliant Natalie Portman in one of the best roles of her career). Many traditional viewers might be slightly surprised by the story's few pedophilia innuendo moments, like when Mathilda says she is in love with Leon and that she wants to kiss him or when she is dressed like Madonna and sings "Like a Virgin" in front of him, but they are all done subtly and with taste. A few pretentious, pathetic and forced moment don't reduce the impression of the movie as a whole, which roughly speaks about the values of life and love.