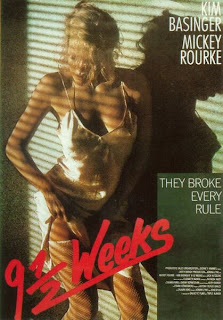 The blond Elizabeth is a young woman working in an art gallery who spends her time with friends and parties. She buys a toy chicken in a market while lawyer John, whom she met in the store, also gives her a scarf she wanted. They start going out together, yet John provokes her: for instance, he leaves her hanging on a ferris wheel. Soon they start a passionate relationship and have intercourse around the house and even in the basement. Elizabeth in the meantime gets the assignment from her boss to visit painter Farnsworth who feels tired. When John makes her crawl and kiss in three with a prostitute, Elizabeth leaves him.