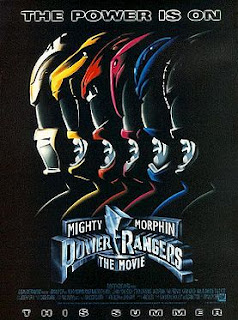 One day, some competent workers accidentally dig out a giant egg and free the mighty demon Ivan Ooze, who wants to rule the world. He unleashes his giant machines and thus destroys the fortress of the Power Rangers - White Ranger, Pink Ranger, Blue Ranger, Red Ranger, Black Ranger and Yellow Ranger. The six of them now has to find their enegry back. They do and return to Earth, deafeating Ivan.

The only real virtue of this practically senseless fantasy action, is Paul Freeman in the excellent role as the cynical and evil Ivan Ooze, but in the end he did his job so well that the audience went on to feel contempt and hate towards the Power Rangers, since they are too good and one dimensional characters. "Power Rangers - The Movie" is otherwise a big budget adaptation of the campy TV show with the same title, and quite frankly it's hard to say which one is better and which one is worse. Again, the critics were predictably annoyed. Rightfully so. Then, what was the director thinking when he placed them so that, while they are fighting, they are flying across the air like Myers in comedy "Wayne's World 2"? Too dumb and naive. It's a film that's stiff, mechanic and completely uninspired, an flick that tolerable but doesn't deserve the adjective "cool", but "headache".