A Man and a Woman 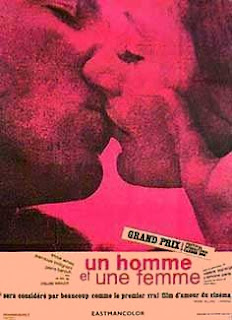 While Anne accompanied her daughter to the kindergarten, she missed her train. Since it's raining, Jean-Louis picks her up in his car, who accompanied his son to the kindergarten. Anne tells him how she got married to a stunt man who recently died in an explosion on the set of some war film. Jean-Louis' wife committed suicide from depression when he had a car accident. The two of them slowly falls in love. They spend a few tender moments together. In the end, she ends the relationship because she still thinks about her husband, but she returns to Jean-Louis.

Winner of 2 Golden Globes (best foreign language film, actress Anouk Aimee), 2 Oscars (best foreign language film, screenplay), a BAFTA (best actress Anouk Aimee) and the Golden Palm in Cannes, "A Man and a Woman" is an ostentative French classic and a small jewel of romance. Author Claude Lelouch displays the banally simple story about a man and a woman falling in love, but enriched with clever direction, unbelievably emotional charge and magically sophisticated intimate approach, raising its quality and turning it into pure class, though an occasionally empty scene can seem bothersome by some. The sequence in which Jean-Louise meets Anne for the first time during the rain and picks her up in her car, was shot in black and white cinematography, while the director chooses unusual camera angles throughout the story (the scene where the car tosses upside down several times was shot from the point-of-view of the driver, which is why the horizon "turning around" through the window can be seen). Jean-Louis drives with his car through a puddle and splashes two hunters, resulting also in a humorous moment ("You splashed two people!" - "Those are hunters. No mercy for them!"). Yet, the biggest highlight is the unforgettable, beautifully honest, beautifully open-hearted, almost miraculous sequence of the couple making love in bed - shot in "orange" cinematography - which is "interrupted" several times by small flashbacks of the two of them kissing in nature, caught in a dreamy moment.