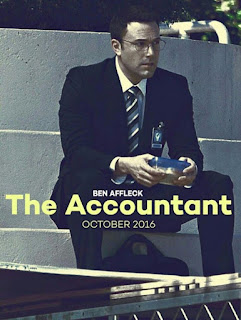 As a kid, Chris Wolff's peculiar behavior has been diagnosed as autism. Even though his mother abandoned the family, Chris' dad, a military official, teaches him and Chris' brother Braxton, how to fight against bullies. Decades later, Chris works as an accountant, since he can trace the most undetectable irregularities from a mass of data in financial records. He is hired by Living Robotics to do an audit of the company, and finds that 61 million $ disappeared from the records. He also makes friends with an employee, Dana. The CEO of the company, Chilton, is forced to commit suicide by an assassin, while the other Head of the company, Lamar, hires the said assassin to kill Chris and Dana to hide the embezzlement. Treasury official Ray is also searching for Chris, who did an audit for criminal enterprises. Chris is a master fighter, though, and manages to kill dozens of assassins, until he finds out the main one is actually his brother, Braxton. The two brothers reconcile and kill Lamar.

One of the biggest surprises in Ben Affleck's career was this daringly original and unusual film about the "distant genius-outsider" sub-genre by director Gavin O'Connor and screenwriter Bill Dubuque which captivates right from the start and keeps the viewers engaged until the end. Unlike his other roles, where he played dashing beaus, Affleck is here cast deliciously against type as the autistic Chris who turns his adversity into advantage: his obsession with finding impossibly hidden details in a mass of data is used to work in the audit, demonstrated in the fantastic sequence where nobody can trace the irregularity in the financial records of a company, until Chris is brought in—as a fish in its element, he reads 12 years of financial books of the said company, prepares six black and six red markers, and then spends a long time writing down the figures on a giant blackboard and even on the glass of the office. Nobody could find the error, but he is able to find where the money disappeared and isolate the source. It is a mini-bravura sequence. The film works better in this first half than in the second, where it switches to an action film, turning Chris into a 'Rambo-like' fighter who can defeat and eliminate dozens of assassins trying to kill him. It's as if "The Accountant" did not trust itself that this drama concept could keep the viewers attention, and thus decided to add this action segment to try to appeal to the mass audience, which is a pity. The twist ending is interesting, and the film has some lines of wisdom (such as when Ray says: "I spent my whole life only recognizing my lucky breaks after they were gone"). The story is a tad too overcrammed with a subplot too much, yet it rightfully enjoys cult status for its unusual take on self-improvement in the theme of an outsider who refuses to become a victim and instead aims to lead a normal life. Anna Kendrick also has an excellent little role as Chris' friend, the equally 'geeky' Dana.