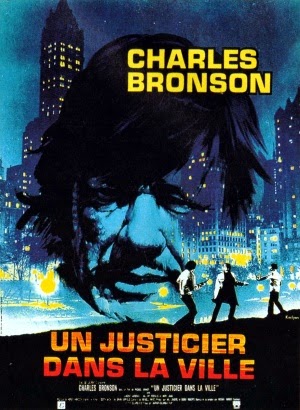 Paul is a liberal, well paid architect who lives with his wife Joanna and daughter Carol in New York. One day, three thugs break into their apartment and beat and rape Joanna and Carol. Joanna dies, while Carol is sent to psychiatric care. This causes a suppressed rage inside Paul, who takes a gun and starts walking around the city at night as a vigilante, killing any thug trying to rob someone on the streets. Lieutenant Frank investigates these murders. When Paul is wounded, Frank is ordered to tell him that the police will let him go if he moves out of town, because the District Attorney does not want the low crime rates to drop if the public finds out the vigilante has been caught.

The originator of the long action film series, "Death Wish" caused quite a stir of controversy during its premiere, triggering a heated debate of the vigilante phenomenon and men taking justice into their own hands, yet putting its ideological features aside, as a pure film, it is a good achievement, and still far superior than the four sequels that followed and strayed into simpler action worlds reminiscent of the "Rambo" franchise. The storyline is a tad too simplified at times (for instance, all the thugs are one-dimensional bad guys, and nothing is said about them or why they turned to crime) and its dramaturgy slightly 'abridged' overall, yet it offers just enough to carry the film, and some emotional scenes are welcomed (after his wife died from the thugs, Paul's hands start trembling; after he shoots the first criminal, he has to throw up...). Also, some of its more complex themes arrive swiftly and never seem imposed on the viewers, especially some difficult questions that arise - what causes a man to transition from a left-wing to a right-wing spectre? Can a person rely on the government to stop violence on the streets and protect his family? In order to stop criminals, does a vigilante become a criminal himself, and thus only continues the circle of evil? - whereas Charles Bronson is surprisingly effective as the leading (anti)hero, though Vincent Gardenia simply steals the show as the deliciously genuine NYPD Lieutenant. A more frequent examples of sophistication is unfortunately rare, though some exceptions arise (even though he goes on the revenge spree, Paul never catches the three thugs who assaulted his family, and thus, it is implied, a clear solution is not in the picture), and some scenes are just plain fun (in an empty subway train, a bully rips Paul's newspaper with his knife through the middle - and Paul then just shoots him).