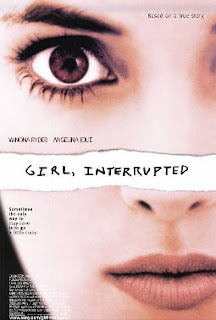 In '68 Susanna Kaysen is 18 years old and suffers from hallucinations. Her parents send her to a private mental institution, Clyamore. She is sharing a room with a girl called Georgina, but soon her attention is preoccupied by the wild Lisa. When the doctors diagnose her with borderline personality disorder and promiscuity, Susanna decides to run away from the clinic and become friends with Lisa. The two of them manage to escape and hide in the home of a former patient, Daisy. When Daisy commits suicide, Lisa and Susanna once again end up in the clinic. Susanna is diagnosed as healthy and released home.

After the crime film "Copland", director James Mangold accomplished a big success with the biographical drama "Girl, Interrupted", based on the experiences of the real life Susanna Kaysen. Formally seen, it's an ambitious, subtle drama that honestly portrays the life in the mental institution and symbolically talks about repression, but a step behind similar "One Flew Over the Cuckoo's Nest" because of the monotone story and only solid directing skills that don't know how to sustain the viewer's interest, and a few truly brilliant moments would have been welcomed. As a whole, it's a fluid achievement, but writing and creating an excellent film isn't always as simple as it (sometimes) seems. The mood is too depressive, but it's best moments are contained in it, for instance, when the young girl Daisy commits suicide because her father raped her. Lisa is also among the interesting characters - in one scene she notices a girl is secretly listening in front of Susanna's door and asks her what she is doing. When she says: "Nothing" Lisa replies: "Then do nothing in your own room" - and she is impressively played by Angelina Jolie, but not as impressive enough to justify the fact that she was rewarded with a Golden Globe and an Oscar for best supporting actress. In fact, her overemphasised cockiness and smart ass behavior seem annoying, while Brittany Murphy succeeded in so much more in her role as Daisy which was so much smaller.