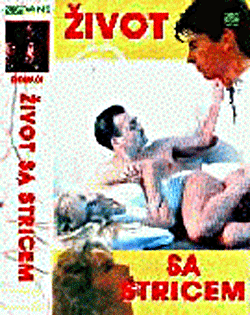 A writer in his 50s, Martin Kujundžić, is visited by his terminally ill uncle Stjepan, who begs him to forgive him and bury him in religious customs. After Stjepan dies, Martin recollects what happened: 30 years ago, after World War II, Martin was a young lad studying at a teacher's academy in Istria, while his uncle Stjepan was a local communist official. Martin observed how the communist system didn't work and wrote a letter to Stjepan, expressing his doubt about it, emphasizing how the peasants carry the biggest burden. Martin secretly slept with girlfriend Marta, who came from a rich family. After Stjepan informed the academy authority about the letter, Martin was humiliated in front of students and expelled, while a gun shot fired at him castrated him. Marta gave birth to his child.

Nominated for a Golden Globe for best foreign language film, one of Krsto Papic's most critically acclaimed films, "My Uncle's Legacy" was made in a time when the Yugoslav censorship significantly decreased and allowed for such a story where the state pseudo-communist system was implicitly labeled as a failure. At times, the film almost seems like a political pamphlet - in one sequence, Martin and his uncle are walking across the countryside until they arrive at a farm. The uncle tries to persuade his old father to give his land to the state, for collectivization, instead of trying to plow with his horse at his age, but the old man refuses, saying he already gave his best land to the state, but that he wants to rely on himself. Martin and the uncle then walk a few yards and stumble upon the state farm, where there is a completely different situation; the lazy workers lying around, spoiling the harvest because they don't value it as their own land - yet Papic managed to coat the symbolic story into a clear film language, creating a bitter, but intelligent parable about oppression, whereas the entire cast is in top notch shape, especially Alma Prica.