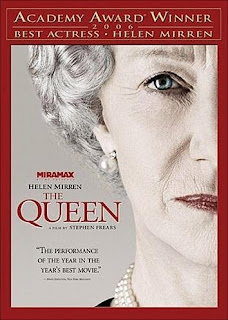 In '97, Diana, Princess of Wales, dies in a car crash in Paris. While the new British Prime Minister, Tony Blair, is swift on offering condolences to the public, at the other side of the spectrum, Queen Elizabeth II wants to stay formal and not comment on the issue, among others because she was never at good terms with Diana. As the public is turning against the Royal Family, Blair manages to persuade the Queen to make a public statement and show herself in front of the public, much to her dismay. After the funeral, Blair and the Queen talk about the future of the country.

"The Queen" is a correct, but boring and forgettable biopic that stubbornly refuses to explore the interesting part of the story (the life of Princess Diana and her relationship with the Royal family) and instead just depicts the most uninteresting clog in all this scheme, Queen Elizabeth II, even though there is not much to see in her, anyway. Helen Mirren is great in the leading role, but there are limits to her performance as well in the thin character of the Queen, who is like a lifeless rock, a robot who only serves the rules and customs, which does not make for an engaging storyline. The film works the best when it depicts the magnitude of the event of Diana's funeral, with thousands of people crying on the street or angrily pointing out that the flag is not on half-staff on the palace, upon which Tony Blair points out at the insensitivity of the Royal family: "We must save them from themselves!" However, except for a few standard comical puns ("Did the Queen grease the breaks of the car?", asks someone after the infamous car crash), there is not much to justify why the viewers should be spending their time watching this particular aspect of the story. The Queen remained a one-dimensional character, and except for two brief moments (her mourning after a killed deer; her final speech in front of Blair, telling him that serving the public comes first, and her self last), she is more appropriate as a supporting character than a leading one. The whole movie is solid, but just as the Queen gets stuck with her jeep in the middle of the river, "The Queen" itself runs out of steam after 40 minutes and turns into a stranded, broken car that does not know where to go in all of this.