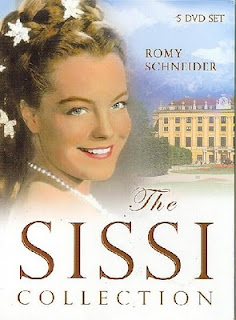 1853. People are fishing, children are playing. Those are scenes from the Austria-Hungary ruled by Emperor Franz Joseph who is pretty miserable. On the other, the 16-year old Princess Elisabeth of Bavaria, called Sissi, is very happy and enjoys feeding birds, deer and horses. When Franz meets her while traveling in a carriage, he instantly falls in love with her. But his mother already engaged him to Helena, Sissi's sister. Problems occur, but Franz proposes Sissi and thus they will marry anyway.

The first part of the extremely popular "Sissi" trilogy is probably the best since it is not so cheaply melodramatic and has refreshing humor that gives the story agility, like in the scene where the high-ranking officials excuse the absence of a guest because he is on an "important assignment" (but is in reality out for bowling) or the one where Sissi is running away while Franz is deliberately holding back a police officer who is chasing her, by asking him trivial questions ("How is the weather going to be tomorrow?"). The far history of Austria from the 1850s turned out to be very appealing for the audiences, which is why the film became even more successful in Germany than "Gone With the Wind". Though not as powerful as the latter, "Sissi" is a pleasant and gentle little film of sympathetic kitsch that offers enchanting landscapes and a lot less enchanting style and psychology of the characters. Romy Schneider delivered her most popular role as the innocent title heroine with pure heart, and done her job much better than the passive director, which is why this charming film still holds up fairly well even today.